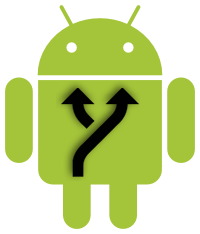 I recently came across the need of forking an Android release (JellyBean + Freescale changes on top) to work with a Udoo embedded board.
Forking Android for personal embedded projects can be an interesting use case. Unfortunately, due to the complexity of Android's codebase, it might not be as straightforward as forking an average standalone project, even for a single line change.
This post explains:
- The fundamentals of Android source tree organization.
- The principles of git-repo's XML manifests.
- How to create a partial fork of an Android subproject on GitHub.
- How to brew your own manifest pointing to your custom fork.

This article assumes that you are familiar enough with Git and GitHub workflows.

Android is a pretty big project counting dozens millions LOC. Other than the code size itself, what makes the situation more complex than usual is the hierarchical subproject structure. The Android tree contains also several (~hundreds) projects which are often isolated and conceptually independent from each other (e.g., Kernel, C++ libraries, Java libraries, ...). Its source tree, therefore, is not just a single huge Git project, rather a hierarchy of projects.
A typical Android source tree looks like this:

If you are already familiar with Git Submodules, at this point you might have an idea of what I am talking about. Android, however, does NOT use Git submodules (which are more recent than Android itself), rather a conceptually similar Google-brewed repository management software called git-repo.
All the Git projects for the Android AOSP are hosted on android.googlesource.com (however, the fact that the all the projects have to be hosted there is not a mandatory requirement, as we will see later).

Anatomy of a manifest

The aforementioned directory structure is defined in a XML (sigh) file called manifest. Conceptually a manifest is a table that associates a path on the filesystem (relative to the root of the checkout) to a given Git repository (and a particular branch / tag of that project). Given a manifest file it is possible to check out, in a reproducible way, the full hierarchy of an Android tree at a given state (i.e. for a particular AOSP release).

What is a manifest?

Practically speaking, the manifest is a Git project itself, which contains a single file called default.xml.
The manifests for the Android AOSP releases, for instance, are hosted here.

When you follow the instructions for initialising an Android tree and run:
repo init -u https://android.googlesource.com/platform/manifest -b android-4.0.1_r1
what happens under the hoods is that git-repo checks out the manifest project in a hidden folder called .repo/manifests at the branch specified by the -b argument (android-4.0.1_r1 in our example).
In the aforementioned case, the file that would be checked out in .repo/manifests/default.xml would be this one.

Let's now take a look at how a simplified, but realistic, manifest for the toy checkout depicted above would look like:

Lines 3-6 are the most interesting one, let's discuss them in details.

Line 3: Defines the common root for the remote (as in Git remote) to use. The fetch path can be either relative to the manifest project (..) or an url (e.g., https://android.googlesource.com/).

Line 4: defines the name of the Git remote (by default it is "origin", but it is useful to decouple namespaces when dealing with different remotes as we will do in this tutorial). Since all the projects in AOSP are fetched from the same base URL, AOSP manifests define only one remote, named "aosp".

Line 5: defines the default revision of each project defined in the manifest (see below). It can be either a Git SHA, a branch or a tag name.

Line 6: defines which remote should be used, by default, to fetch the specific project.

Line 7: defines that the contents of the folder ./build/ should be checked out from [aosp]/platform/build -> https://android.googlesource.com/platform/build

Lines 8-11: are pretty obvious at this point.

In very essence, this is a more compact notation for:

Let's get now to the juicy part of the problem. Let's imagine that you want to create a fork of AOSP which is identical to android-4.0.1_r1, with the only exception that the default color for light background is green and not white. What you want to do, is the following:

https://android.googlesource.com/platform/frameworks/base.it (which is the one that contains the color definitions) at revision android-4.0.1_r1.
There are two options for doing this:

2) If the project is not available on the github.com/android mirrors, just mirror it yourself:

to your fork of frameworks/base:

The last command will create a branch named shiny_colors in your newly created GitHub project, which is a fork of Android's tag android-4.0.1_r1.

Brewing your own manifest

The goal of our toy example is having a manifest which is identical to AOSP's android-4.0.1_r1 for all the projects, but with the exception of frameworks/base, which we just forked on GitHub.
For that project, in fact, we want git-repo to pick our changes from https://github.com/user/my_github_fork_of_base.git instead of android.googlesource.com using the branch shiny_colors. The way we achieve this is the following:

Create our fork of the manifest project

in the same way we forked frameworks/base.

adding our github remote and pointing frameworks/base to our fork:

and push it to GitHub

This will create a branch named android_ICS_with_shiny_colors to your GitHub project https://github.com/user/my_android_manifest.

At this point you can finally distribute your manifest, telling your friends / contributors to check out the code as follows:
repo init -u https://github.com/user/my_android_manifest -b android_ICS_with_shiny_colors
This will check out a tree like the one in Chapter 1, with the only difference that frameworks/base will now point at your GitHub fork.

Do you want to take a look to a more complete and less toy-ish example?
Check out this manifest hosted on my GitHub page I created to work on Android JB 4.3 the UDOO Quad board. 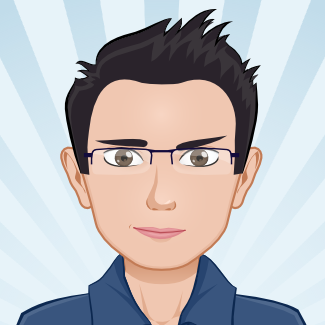